A confluence of events can lead to the river of loss and then too easy to be true pumpkin soup! 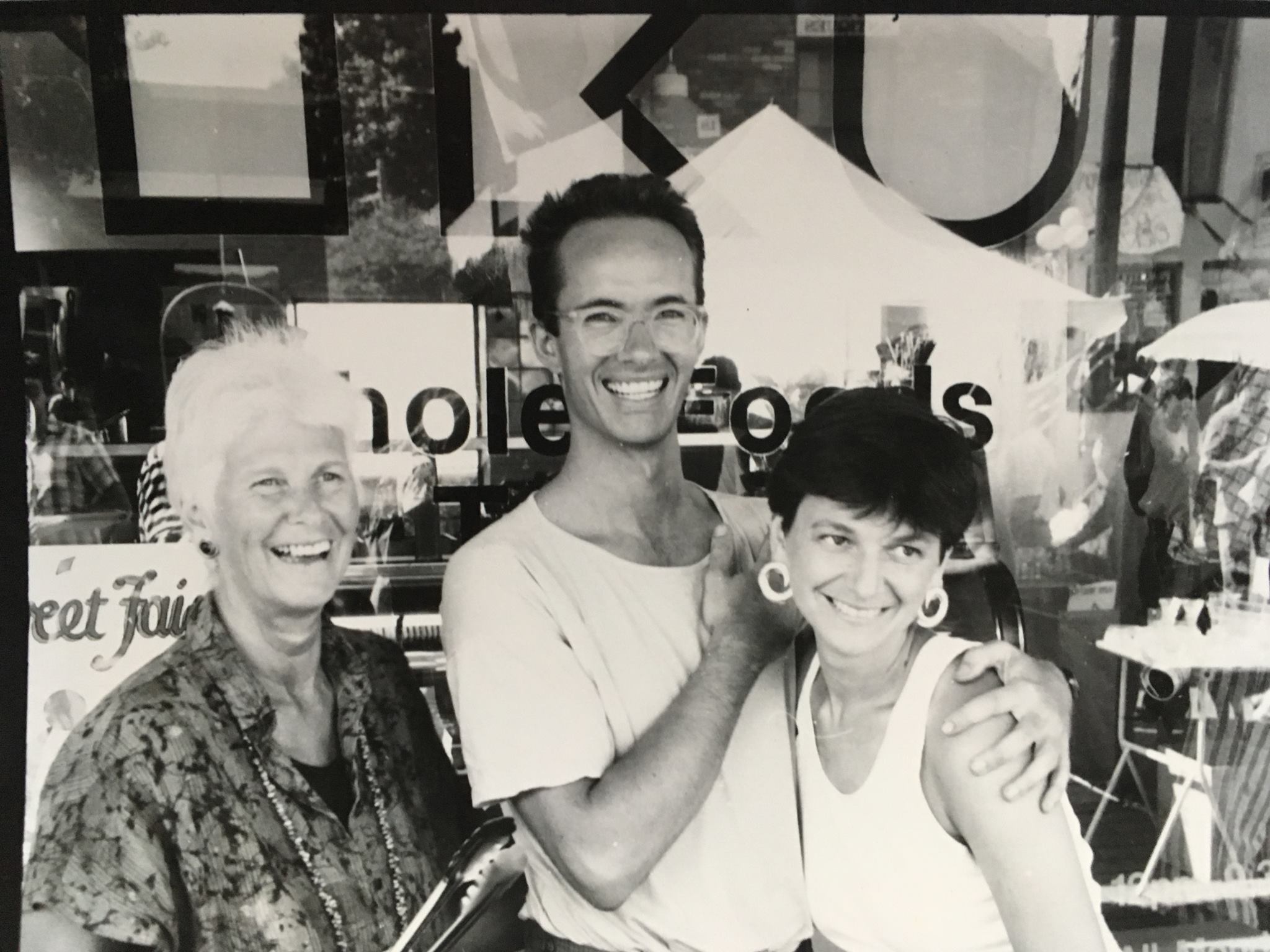 Last night I wrote the date on something as August 12, I had fleeting connection that the date was important somehow but I didn’t take the time to know why. I was too busy sorting out a cupboard and had just broken a precious bowl, which holds many moving memories for me. My co founding partner of Iku Wholefoods, Willem Venter made that bowl after he had gone blind, not long before he died in the Blue Mountains in 1991. I felt the upwelling sting of grief that lies just beneath the surface and which, the crashing of china can surely loose. I made a cup of rooibos tea the way Willem did and I choose to see the breakage as an opportunity to me for letting go then I got on with my work. I was wrangling computer program issues, writing a newsletter and taking several orders for my book. Then I saw an order from B who was an early adopter of our food. B is South African and shares that heritage with Willem, they adored one another. We have seen each other sporadically and not for some long time now. We exchanged emails and I learned she now has 5 grandchildren and we spoke of the passing of time. I spent another moment not thinking too hard about that, for fear of the flood gates opening. I realise now I was a day out as I see that today is August 12th. I saw this in the lovely early morning light, while the magpies were calling up the dawn and business had not yet taken over my being. August 12th is the day, at the age of 33, I and a small group of family and friends sat with Willem while he died. I was scrubbing a pot in the kitchen at the moment of his death, somehow that feels very apt. I spent some time with him and then I walked out into our garden in the chill mountain air at dusk and listened while the black cockatoos and the currawongs called him away.  Twenty six years on Willem is still a daily part of my thinking, feeling, cooking and surroundings and clearly the river of loss is never far away, though it has a sweetness now that it did and could not then and ultimately it guides me to gratitude. He and his partner and so many others I knew died far too young, at the hand of AIDS. It took me years to find an empowering context for this loss of vibrant powerful life, friendship and potential. I encounter many people still who were customers of ours, whose lives were also touched by Willem; they recount charming tales and we laugh together and I am reminded to be grateful for the six short years that have so positively influenced my life. I choose to believe that his and the deaths of other young people serve to make those alive, more appreciative of the life we have and reminds us to live more fully into our own potential. I could not bring myself to throw away the pieces of that bowl, they are resting in the laundry where they sit like a time bomb threatening me to feel. I have felt a pang each time I have passed and then been amused, thinking that if Willem were here, he would be oh so clear about what should I should do with those shards  ‘chuck them out  doll, it’s rubbish now’  and so, quite soon, I will.

If you’d like, you can view a video of Iku’s history here.

Because I think that each post should bear some relevance to food, here is a description of the first meal Willem cooked me in March of 1985. We ate in his kitchen in his oh so stylish apartment in MacMahons point, the table was set beautifully and the napkins were crisply laundered. The first course was a lovely big bowl of butternut pumpkin soup with a hint of orange zest, we then had a wee Golden nugget pumpkin filled with grain and a sauce of some description and for dessert we had… spiced pumpkin pie. Clearly it was Autumn and Willem loved pumpkin, but the funny thing was that he hadn’t realised! When we opened the doors to Iku Wholefood on September 17th 1985 we had never cooked together. We were clear though that in the running of the business we would share the tasks fifty fifty, I had more experience in the kitchen and he in the office, we pooled our resources and our heartfelt wishes to demonstrate how great simply made whole foods could be and there was born a business that exists today thanks to Ken Israel who was my business partner from the time Willem died (I sold in 1997), in 14 locations in Sydney. May I say, ‘be bold and follow your wildest dreams, no mater what’.

This weekend you could try this…

TOO EASY TO BE TRUE JAP PUMPKIN SOUP ©Holly Davis

Rub the whole pumpkin with ghee then place it on a baking tray and transfer to the oven at 150˚C to cook for 1½ -2 hrs or until a sharp knife slides through the flesh with ease. Remove from the oven and then cut out the centre and scoop out all the seeds. Cut the lot or if the skin is tough, scoop the flesh into the blender and blend with sea salt and more ghee to taste and enough stock to make a pourable but thick soup. Re heat and serve hot topped with fresh parsley, fine cut lemon zest or ginger and gomashio. Great with fresh sourdough and grass fed cows butter.